A member of the Hudaco group

POWERMITE was established in the late '60's with the express purpose of serving the South African market, which was increasingly developed in the material handling field. With a staff complement of four, the Company hired premises on the West Rand from a Mining House and remained there for five to six years. 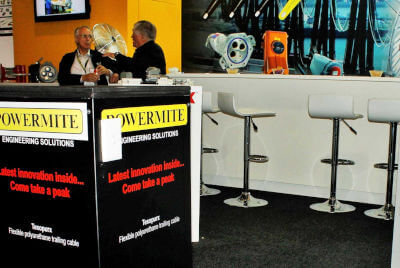 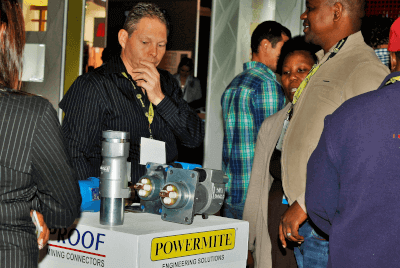 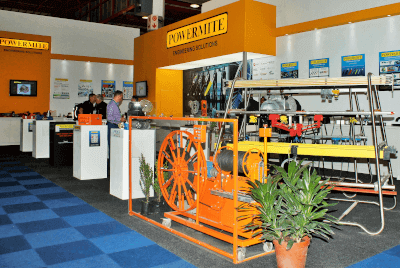 In the following years the Company grew to be a 'one stop' supplier in the field of electrical crane materials and flexible cables and the premises it occupied became too small. In 1981 the Company moved to bigger premises in the industrial township of Lea Glen, Roodepoort. The staff complement had grown more than fivefold which included Sales - Technical- Administration and Management Staff.

In 1989 it was decided to merge Messrs Ampco (Pty) Limited as well as the Stromag S.A. (Pty) Limited to form the enlarged POWERMITE of to-day. With this merger it was deemed necessary to move to larger premises. These were purchased and occupied in early 1990 in Technikon, Roodepoort and is still the present address and home of the Company's Head Office.

During the '90's developments made it necessary to branch out countrywide as we were very successful with market penetration which required localised service.

Along the last 20 years companies such as Ampco and Stromag, were formed and developed along separate lines. These companies became leaders in their own field and were proudly in the forefront of local manufacture.

texts which were a South African first were:- Cable reeling drums, conductor systems, festoon systems, flat cables as well as a large variety of industrial plugs and sockets of various specifications. Changes such as these and changes in share holding took place over the years, but the Companies always maintained their expertise through remaining management and key personnel.

The 'Specialised Supplier Concept' supplier concept required a large stockholding. With computers coming more into its own the Company decided to computerize on a network basis. With the computerized operation and the resulting improvement in customer service the Company opened 8 branches around the country.

POWERMITE participates in exhibitions countrywide for a considerable number of years, in both the large formal exhibitions as well as the smaller countrywide events. As we are registered exporters we have been invited by the Department of Commerce and Industry to participate in overseas exhibitions in Chile and Peru. Exhibition goods have been prepared and are used where necessary.

The Company's goal for the future is further research into local manufacture to produce world class texts supported by service excellence. We have achieved certification of the management system to ISO 9001:2000 International Standard which is continuously upgraded and monitored.

We take energy everywhere - so do our branches and distributors.
Message us